Gandhi and Beyond: Nonviolence for a New Political Age 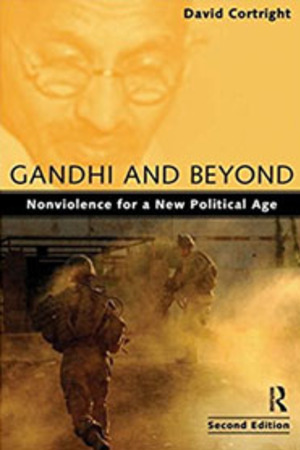 Is there room for nonviolence in a time of conflict and mass violence exacerbated by economic crisis? Drawing on the legend and lessons of Gandhi, Cortright traces the history of nonviolent social activism through the twentieth century to the civil rights movement, the Vietnam era, and up to the wars in Iraq, Afghanistan, and Gaza.

Gandhi and Beyond offers a critical evaluation and refinement of Gandhi’s message, laying the foundation for a renewed and deepened dedication to nonviolence as the universal path to social progress.

In the second edition of this popular book, a new prologue and concluding chapter situate the message of nonviolence in recent events and document the effectiveness of nonviolent methods of political change. Cortright’s poignant “Letter to a Palestinian Student” points toward a radical new strategy for achieving justice and peace in the Middle East. This book offers pathways of hope not only for a new American presidential administration but for the world.