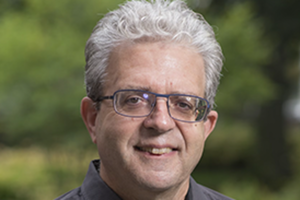 Religion(s) in the Ruins of the Temples

Featuring Robert Orsi, professor of religious studies at Northwestern University. Orsi will discuss the urgency of climate theorists and activists to turn to religion as a source of hope in this time of hastening climate catastrophe. Mostly, they have in mind Indigenous religions. But one prominent commentator, Amitav Ghosh, looks specifically to the Catholic Church as potentially a powerful ally in the struggle to save the planet and all that lives and breathes on it. How reasonable is such a hope, however, after four decades of revelations about the sexual crimes and misdemeanors of clergy and prelates and the official denial of them by church officials? And if it is not reasonable, then what becomes of Ghosh's hope?

Lunch and conversation will follow this lecture in C103, Hesburgh Center for International Studies.