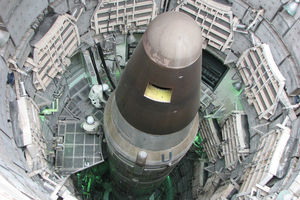 New START (Strategic Arms Reduction Treaty), the last remaining nuclear weapons agreement between the United States and Russia, expires in February 2021 unless both sides agree to a five-year extension.

The treaty, ratified almost a decade ago, limits the number of deployed strategic nuclear weapons to levels far below those of the Cold War.

With the deadline for renewal just months away, what are the current prospects for New START? How does its renewal fit into the wider ethical and policy debates on nuclear arms control and disarmament? And how can Catholic and Evangelical Protestant communities mobilize in support of the agreement?

Join us for a panel discussion featuring prominent Evangelical and Catholic leaders and scholars, who will explore these timely and important issues.