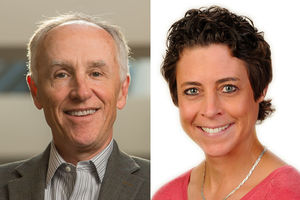 The events of 2020 are laying bare inequalities that have long plagued the United States and the global community. The intersections of the pandemic, ongoing racialized violence, and hate-filled political rhetoric, combined with the volatility of the upcoming U.S. presidential elections, are exposing the costs of the status quo and pushing each of us to examine our role in advocating for justice.

The Kroc Institute is partnering with Anabaptist Mennonite Biblical Seminary in Elkhart, Indiana, to offer a series advocating for nonviolence as an effective strategy to resist violence and support movements for justice. Voices from different streams of nonviolence—including communal nonviolence, liberationist nonviolence, and strategic nonviolence—will speak as witnesses to the power of nonviolence in action.

David Cortright is the director of the Global Policy Initiative, special advisor for policy studies, and professor emeritus of the practice at the Keough School of Global Affairs at the University of Notre Dame. He has authored several books on nonviolent social change.

Maria Stephan, who is participating in her personal capacity, directs the Program on Nonviolent Action at the U.S. Institute of Peace, which focuses on the role of nonviolent campaigns and movements in advancing human rights, democracy, and sustainable peace. Stephan is the co-author of Why Civil Resistance Works: The Strategic Logic of Nonviolent Conflict, which was awarded the 2012 Woodrow Wilson Foundation Prize by the American Political Science Association for the best book published in political science, and the 2013 Grawemeyer Award for Ideas Improving World Order.

She is the co-author of Bolstering Democracy: Lessons Learned and the Path Forward (Atlantic Council, 2018); the co-editor of Is Authoritarianism Staging a Comeback? (Atlantic Council, 2015); and the editor of Civilian Jihad: Nonviolent Struggle, Democratization and Governance in the Middle East (Palgrave, 2009). Previously, she co-led the Future of Authoritarianism project at the Atlantic Council; was lead foreign affairs officer at the U.S. State Department; directed policy and research at the International Center on Nonviolent Conflict; and taught at Georgetown and American Universities.

Session Topic: Stephan and Cortright will present research and data on the effectiveness of nonviolence in bringing about social change, and the counter-productive nature of violence. They will discuss the importance of peacebuilding trainings, tactics for de-escalation, and other strategies for preparing individuals and groups for nonviolent direct action.

You can view the full AMBS Witness Colloquium series on their website.