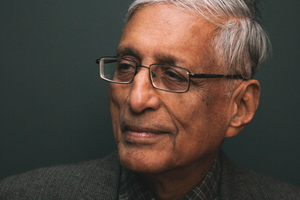 As polarization seems to sharpen in country after country, and calls to “take our country back” appear to find strong support, this lecture will ask whether the vision of a democratic nation founded not on race or religion but on liberty and equality is outdated.

Recalling the hopes and convictions of India’s Mohandas Gandhi (1869-1948) and America’s Dr. Martin Luther King, Jr (1929-1968), the lecture will refer to threats to equality and freedoms in India under an apparently popular, democratically-elected government under Narendra Modi that claims eagerness to mark the 150th anniversary of Gandhi’s birth, falling on October 2, 2019.

Exploring Donald Trump’s America, the lecture will also look at the legacies of Dr. King and Mahatma Gandhi for help in keeping, or restoring, the United States and India as models for humanity.