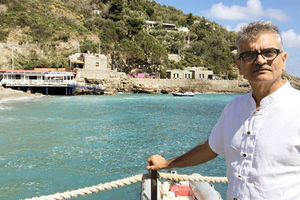 The Marrakesh Declaration of 2016 is a great advance on previous Islamic declarations on human rights (1981; 1994). While the latter rested on a general value of Islamic law, the Marrakesh Declaration turns around a key narrative (Medina Charter) and a set of hermeneutic principles for promoting pluralism in Muslim societies. But the Declaration does not say enough on the freedom of religion and freedom of expression for the individual. In contemporary societies, individualist ventures and rights are facilitated by new technologies and globalizing process. They are assumed by civil society movements, and by movements that reject the modern world. Religious beliefs and values cannot be limited to communal associations and belonging, whether minorities or majorities. Given this global condition, the proposed paper argues that the Marrakesh Declaration may be read against the neglected conception of belief and resistance to belief that emerges from  a close reading of the Qurʾān. Such a conception is derived from Qurʾānic responses to those who resisted the call of Prophet Muhammad. This close reading suggests that resistances to the Prophetic call should not be summarily rejected.  It opens the space for the recognition of all beliefs and values, as held by individuals and groups. The paper argues that this reading of responses to a Prophetic call offers a set of values that unsettles the certainty of belief and unbelief.