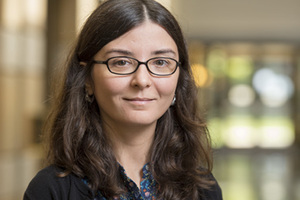 Since the mid-1980s, violent clashes between Turkish military forces and the Partiya Karkerên Kurdistan (PKK), or Kurdistan Workers’ Party, have resulted in over 30,000 deaths; the evacuation of more than 5,000 Kurdish villages; and the forced migration of Kurds from Turkey's Kurdistan region to cities across Turkey and Europe. In this process, not only did Kurdish women expand their presence in the armed movement and in the activist, municipal, and parliamentary spheres, but they also created an autonomous movement (referred to as the Kurdish women's movement). Kurdish women politicized by the Kurdish women's movement, active in a wide range of sites and coming from multiple generations, include guerilla fighters; co-chairs of local municipalities; parliamentarians in Turkey and Europe; peace and human rights activists; and Peace Mothers.

Göksel, first, examines the historical conditions in which the war broke out between the Turkish state and PKK, and she outlines the short period of the peace process, which took place from 2013 to 2015, concerning its prospects for women. Second, by looking at the case of the Kurdish Peace Mothers organization, she explores how Kurdish women perform their activism around peace at the local and national scales of politics. In her analysis of the Peace Mothers, she focuses on two forms of activism with which the Mothers engage. One form aims to pressure the Turkish state to make a peace settlement with the PKK by appealing to the Turkish public. The second form of activism is a less visible one, in which the Peace Mothers participate in local Kurdish politics through their presence in local mediation groups solving intra-Kurdish conflicts. Ultimately, Göksel argues that peace activism expands the boundaries of politics at local and national levels, as it transforms mothers into ethical agents and their activism into an ethical engagement.