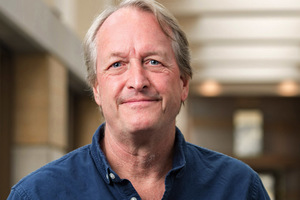 The Puzzle of Peace: The Evolution of Peace in the International System (Oxford University Press), co-authored by Gary Goertz, Professor of Political Science and Peace Studies; Paul F. Diehl; and Alexandru Balas, was recently named a finalist for the 2017 Woodrow Wilson Foundation Award. Given annually by the American Political Science Association, the prestigious award recognizes the best book on government, politics, or international affairs from across the full spectrum of political science. As one of only seven finalists, The Puzzle of Peace was cited by the selection committee as a major work whose pathbreaking theoretical and empirical contributions are highly likely to shape debates in its field for years to come.

The book has also won the 2017 J. David Singer Book Award, bestowed by the International Studies Association-Midwest Conference. The biannual award is given to scholars of an outstanding book published in the previous three years.

In The Puzzle of Peace, the authors move beyond defining peace as the absence of war to develop a broader conceptualization of and explanation for the increasing peacefulness of the international system after 1945.

To reconceptualize the prevailing and inadequate formulation of peace-as-not-war, Goertz, Diehl, and Balas examine a broad range of state relationships, from long-standing rivalry to integrated friendship and the various possibilities in between. They trace the evolution of state relationships at the international system level, not merely to show how war and other militarized conflicts have become less common, but also to assess whether such changes have resulted in more peaceful relationships or instead represent a shift from more violent forms of rivalry to less hostile forms where armed conflict is still a risk.

As a result of their systematic analysis, the authors offer a theory for the rise of peace based on the management of territorial conflict facilitated by various international norms and conflict management institutions. In the process, they provide the first dataset on peace in the international system.