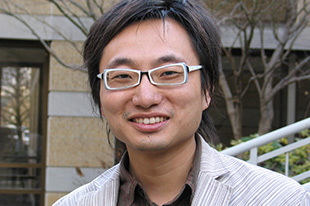 Jian Yi is an independent filmmaker and cultural activist based in Beijing and Jiangxi, China. He is the founder of IFChina Original Studio, an independent nonprofit group that supports collaborative community and citizen film projects.

Yi's feature and documentary films, which reveal the social and cultural tensions of contemporary China, have won international awards, including the Montreal World Film Festival's Bronze Zenith Award in 2007. His films also have been selected for international film festivals and screened at numerous venues around the globe, including the Museum of Modern Art, the Brooklyn Academy of Music, the 2009 United Nations Climate Change Conference in Copenhagen, and university campuses including Notre Dame, Oxford, Cambridge, Yale, Columbia, Cornell, the University of Southern California, University of California Los Angeles, the New School and New York University.

Yi directed the critically acclaimed films What's for Dinner? (2013), Super, Girls! (2008) and Bamboo Shoots (2007), and co-founded the groundbreaking China Villagers Documentary Project (2004), in which villagers from across China used video cameras to record the changing rural dynamics in their home villages.

"I'm fascinated by the details of ordinary life. I suspect that's why I spend more time creating documentaries than narrative films," Yi says. "Documentaries can serve as a mirror for societies so they can, in a sense, look themselves in the eye."

Yi sees important connections between filmmaking, human dignity, justice and peace. "Film is an effective way to shed light on violence, oppression, all the things that keep us from enjoying true freedom. It also shows the common values that connect us as human beings," Yi says.

When he was a student at the Kroc Institute, "the opportunity to explore concepts of human rights, the rule of law, and peacebuilding which still cannot be openly discussed and debated in many countries, including my own, was invaluable," he said. "My peace studies education laid solid ground for my future work and gave me the confidence to tackle difficult issues through film."