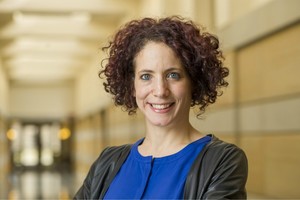 On April 27, 2021, Human Rights Watch released a 213-page report titled “A Threshold Crossed: Israeli Authorities and the Crimes of Apartheid and Persecution,” examining Israeli treatment of Palestinians. The report states that “Israeli authorities are committing the crimes against humanity of apartheid and persecution.”

Here, Atalia Omer, professor of religion, conflict, and peace studies at the University of Notre Dame’s Kroc Institute for International Peace Studies, part of the Keough School of Global Affairs, analyzes the recent report and its policy implications.

In recent years and months, the analysis of the situation in Palestine-Israel is clearly shifting. More human rights organizations such as the Israeli B’tselem and Human Rights Watch confirm what Palestinians have argued for a long time: namely that “apartheid” as a legal category recognized by international law is a fitting, even if not all encompassing, interpretive frame describing the realities in Israel, the West Bank, and Gaza.

This definitional clarity should have immediate policy implications for governments interacting with Israel, but it has not generated such openness. Indeed, during her April 27 briefing, U.S. Press Secretary Jen Psaki denied the validity of the apartheid label, indicating that the Biden Administration is rejecting the findings of the Human Rights Watch report. This rejection is indicative of the limited force of evidence-based analysis over decades of meticulous documentation to dispel ideological blinders.

This disconnect between robust research by multiple experts and respectable human rights organizations and the persistence of a narrative that authorizes the control of Palestinians by Israelis within a framework of Jewish supremacy reveals the importance of interrogating narrative as a critical site for peace and justice work. It also illuminates that different kinds of Jewish narratives about Jewish safety and liberation are necessary for the realities of apartheid in Israel and Palestine to actually be seen for the crime against humanity that they constitute. Narratives that connect to, rather than stand in isolation from, other struggles for justice are necessary. Not only that, the convergences between the Christian Zionist fetishization of Israel and extremist settler and explicitly ethnocentric elements within Israel mount further obstacles and continue to obstruct the clarity of evidence presented by the aforementioned reports.

The definitional clarity of the Human Rights Watch’s report opens up an opportunity for fresh conversations across disciplines, illuminating how Jewish supremacy operates concretely in various levels of analysis and policies, including the peace discourse that has informed perceptions of the conflict since the process initiated by the Oslo Accords in the 1990s. The Oslo framework sought to interpret the Green Line not only as a geopolitical demarcation, but also as a normative wall, differentiating Israel within the 1948 borders from the occupation of 1967.

Through its title, “A Threshold Crossed,” the Human Rights Watch report clarifies that the time is ripe to dissolve this illusionary wall. It is time to grapple with the multiple ways in which the ideology of Jewish supremacy operates, and to identify resources (including from within Jewish traditions, histories, and lived realities) to combat and transform the obstacles for changing concrete realities and policies that directly affect Palestinians from the Jordan River to the Mediterranean Sea.