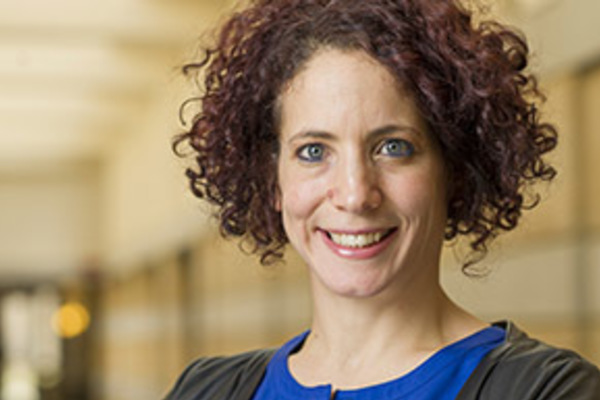 Atalia Omer is Professor of Religion, Conflict, and Peace Studies at the Kroc Institute for International Peace Studies and at the Keough School of Global Affairs at the University of Notre Dame. She earned her PhD in Religion, Ethics, and Politics (November 2008) from the Committee on the Study of Religion at Harvard University. Her research focuses on religion, violence, and peacebuilding as well as theories and methods in the study of religion and Palestine/Israel. She was a 2017 Andrew Carnegie Fellow resulting in Decolonizing Religion and Peacebuilding (forthcoming with Oxford University Press). Conversing with decolonial scholarship across multiple fields of study, this forthcoming book examines, through an extensive empirical work in Kenya and the Philippines, how and why the practices of religion and peacebuilding/development both reinforce and exceed global structural, neocolonial, and epistemic forms of violence. The book traces why a consolidation of the industry of religion and peacebuilding (or the “harmony business”), in the intersection of neoliberalism and an orientalist security discourses, disempowers religious action at the same time that it empowers religious actors. It exposes another ironic insight: “more is less,” meaning that rather than enhancing religious literacy, the “harmony business” diminishes hermeneutical horizons. Even as a growing focus in the policy world on the “global engagement with religion” bills itself as a paradigm shift away from a secularist ignorance of the causal capacities of religious actors, meanings, networks, and institutions, this increased investment in “engaging” with religion is utilitarian. It focuses much more on function or doing religion or being religious as a matter of communal boundaries rather than on content or knowing religious traditions as living and contested sites of interpretations and reimagining. Yet, the decolonial and intersectional lens cannot obscure the existence of the multiple religious actors in the global South and their participation in projects of survival, which includes investing in interreligious and intercultural peacebuilding actions. Such religious actors generate decolonial openings regardless of being firmly grounded in closed rather than hermeneutically open or fluid accounts of their religiosity and communal narratives. They should not be theorized away. Analyzing their work offers an opportunity to rethink the study of religion, violence, and peace practices, their relevance to theory, and theory’s relevance to them.

Omer’s first book, When Peace is Not Enough: How the Israeli Peace Camp Thinks about Religion, Nationalism, and Justice (University of Chicago Press, 2015) examines the way the Israeli peace camp addresses interrelationships between religion, ethnicity, and nationality, and how it interprets justice vis-à-vis the Palestinian conflict. This work scrutinizes the “visions of peace” and the “visions of citizenship” articulated by a wide spectrum of groups, ranging from Zionist to non-Zionist and secular to religious orientations.

Omer’s second solo-authored book project, Days of Awe: Reimagining Jewishness in Solidarity with Palestinians (University of Chicago Press, 2019) explores why divergences in conceptions of national identity between “homeland” and “diasporas” could facilitate the proliferation of loci of analysis and foci of peacebuilding efforts which are yet under-explored both in peace studies and specific scholarship addressing the relations between diasporas and conflict.

As a locally situated, distant issue movement, Jewish Palestine solidarity offers a grassroots critique and a transformative agenda for the local Jewish-American landscape while also critiquing Israeli policies and Zionist interpretations of Jewish identity. This book examines the intentional participation of this movement in intra-traditional work that seeks to provincialize Zion from Jewish identity and inter-traditional work that seeks to undo the intersections between Islamophobia in the U.S. and the marginalizing and silencing of lives in Palestine.

Inter-traditional work is also examined as pivotal to the movement’s efforts to deconstruct the conflation of critique of Israeli policies with anti-Semitism. Likewise, the movement participates in a broader, intersectional solidarity analysis that connects Palestinian struggles with other sites of injustice, both locally and globally, from #BlackLivesMatter to protests against the wall between the U.S. and Mexico.