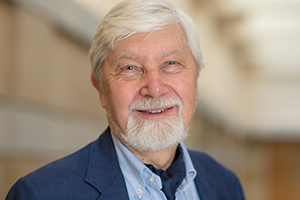 The 2021 Nobel Peace Prize was awarded to Maria Ressa and Dmitry Muratov, journalists from the Philippines and Russia respectively. In their announcement, the Nobel Committee wrote that the two were selected "for their efforts to safeguard freedom of expression, which is a precondition for democracy and lasting peace," and that they serve as "representatives of all journalists who stand up for this ideal in a world in which democracy and freedom of the press face increasingly adverse conditions." Ressa is the co-founder of Rappler, a digital media company for investigative journalism, and Muratov is one of the founders of the independent publication Novaja Gazeta.

Peter Wallensteen is the Richard G. Starmann Sr. Research Professor Emeritus of Peace Studies at the University of Notre Dame’s Kroc Institute for International Peace Studies and Senior Professor in the Department of Peace and Conflict Research at Sweden’s Uppsala University. He offers comments on this year's award below:

This year’s Nobel Peace Prize is important and timely. Freedom of the media is now, as stated by the President of the Norwegian Nobel Committee Berit Reiss-Andersen, challenged all over the world. The committee highlights this by choosing two particularly significant examples in very dissimilar situations, both developing in authoritarian directions. The prize hopefully strengthens the possibilities of the two journalists and their colleagues to continue to work according to the high editorial standards they have set for themselves and that genuine news coverage requires.

From a peace perspective, accurate and reliable news coverage is central for assessing the dangers of war, civil war, and repression, as well as for peace negotiations and making the right decisions. In a world full of fabricated news, it is particularly important to protect independent reporting.

This year’s prize expands on Nobel’s idea of giving the prize to efforts contributing to “fraternity among nations.” Media now has a different significance than in 1901 when the first prize was awarded. Correct, autonomous reporting is always central for peace and security within and among nations.