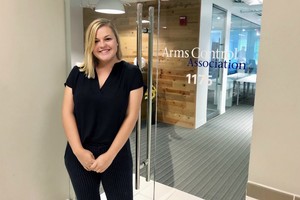 Senior Monica Montgomery’s interest in global arms control questions had an unconventional beginning. Her participation in a class taught by Kroc Institute professor Gerard Powers, director of the Catholic Peacebuilding Network, earned her a spot among a delegation of University of Notre Dame faculty and students attending a November 2017 conference on nuclear disarmament at the Vatican.

“Monica brings to her academic vision and policy work the full import of her combined study of national security and peace studies, making her a logical choice for the Vatican conference, which addressed ethical concerns about the narrow and nuclear dependent international security system” said George A. Lopez, Rev. Theodore M. Hesburgh, C.S.C., Professor Emeritus of Peace Studies and a member of the Vatican delegation. “Monica exemplifies an emerging generation of citizen-policy experts who are grounded in Catholic ethical principles and are attempting to forge new thinking about nuclear weapons policy.”

Although the opportunity was unexpected, the trip sparked a passion for Montgomery, a political science major with a supplementary major in peace studies and a certificate in International Security Studies, which has continued to grow.

“My interest was piqued by the conference,” said Montgomery. “The program at the Vatican was very much focused on disarmament and the nuclear ban treaty. Even though I support those messages, I began to understand that the field is much more complex, even within peace studies camps, and I wanted to learn more.”

Connections made while at the Vatican conference, and with Kroc Institute faculty and alumni, led Montgomery to a three-month internship at the Arms Control Association (ACA) in Washington D.C. researching global arms control policy and trends during summer 2018.

ACA is a nonpartisan organization focused on building public understanding of and support for arms control policies. During her time working with the organization, 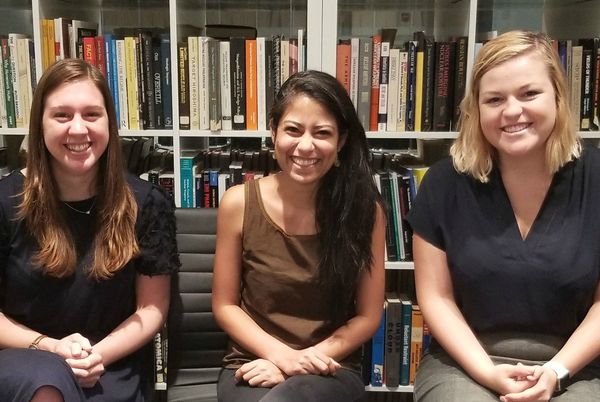 Montgomery conducted research and attended events in order to gather information to support ACA directors. She also had the opportunity to write original content and news briefs published on ACA’s national outlets, including Arms Control Today, a print and online journal, and ACA’s flagship blog, Arms Control Now. Her pieces covered a variety of topics, from leadership changes at the Los Alamos National Laboratory, one of three facilities in the U.S. that develop nuclear weapons, to strategy for negotiations between North Korea and the U.S., and the importance of sustaining the nuclear Nonproliferation Treaty (NPT).

“The relationship between political science and security studies and peace studies provided me with a moderate perspective and a way to balance perspectives in this new role,” said Montgomery. “They are two related fields, but they approach things differently. The background my Notre Dame studies provided was very beneficial for working in a policy role.”

Montgomery also says she drew on her practice with policy-oriented writing in Powers’s “Perspectives on Peacebuilding” class at Notre Dame, which helped to prepare her for the types of writing she would take on at ACA.

During her time at ACA, Mongtomery was supervised and mentored by Kelsey Davenport, Director for Nonproliferation Policy and a 2011 graduate of Kroc’s Master’s in International Peace Studies program.

Davenport says that one of the key challenges facing ACA is building buy-in among younger generations who did not live through the Cold War and may not think of arms control and nonproliferation as urgent global issues. She sees interns like Montgomery as vitally important in helping to make the case for attention to a new generation.

“One thing that Monica was willing to reflect on was how we can make arms control, nonproliferation, and the imperative of effective nuclear policy resonate with students,” said Davenport. “She understood that these are critical issues that have a direct impact on her generation and that we need effective, creative and innovative policies to tackle nuclear challenges in the 21st century.”

In her final year of undergraduate studies, Montgomery has enrolled in a class on the science of nuclear weapons, to enhance her technical knowledge, and has been writing a senior thesis on the history of nuclear spending developments and trends in the United States.

Montgomery says that her time in Washington DC, and the mentoring and professional development opportunities she received there, reaffirmed her goal of working on nuclear and nonproliferation issues following her graduation from Notre Dame this spring.

“There are many more pragmatic policies that I see myself wanting to work on and towards in the future,” she said. “I want to be involved in policymaking and diplomatic processes. There’s such an international effort to work on nuclear questions right now, and that’s exciting!”