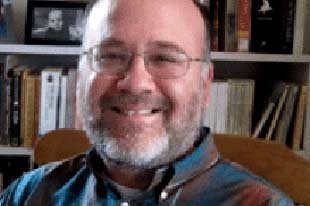 Tony Lang holds a Chair in International Political Theory in the School of International Relations at the University of St. Andrews in Scotland. He founded Centre for Global Constitutionalism, which brings together scholars and policy analysts who specialize in international law.

Originally from Ohio, Tony became interested in peace issues after reading the U.S. Catholic Bishops' 1983 pastoral letter on nuclear weapons. He majored in philosophy and minored in peace studies as a Notre Dame undergraduate.

"Peace studies at Notre Dame encouraged me to be creative in the kinds of questions I ask about war and violence," Tony says.

After graduation from Notre Dame, Tony earned a Ph.D. in political science from Johns Hopkins University. He later worked in New York City as a program officer at the Carnegie Council for Ethics in International Affairs, an organization that promotes ethical leadership on issues of war, peace and global social justice.

Tony's current research focuses on the intersection of law, politics, and ethics at the global level. He works on the just war tradition, responsibility, and global constitutionalism.