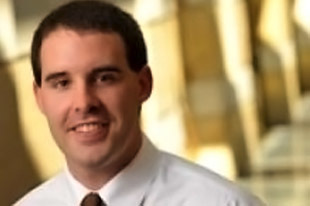 Patrick Corrigan remembers the day he met with negotiators from the Lord's Resistance Army, the rebel forces in northern Uganda notorious for their atrocities. He was an intern with the Ugandan Parliament, researching legislative options for reconciliation and criminal accountability in one of Africa's longest-running conflicts.

"Here I was, sitting across from a negotiating team representing some of the most wanted men on earth," Corrigan said. "At that moment, I wasn't intimidated. I felt prepared. I felt I needed to build a grassroots understanding of peacebuilding and service before I could do what I eventually want to do contribute to policy."

Corrigan graduated from Notre Dame in 2007 with degrees in liberal studies and peace studies. As an undergraduate, he formed a committee that raised $10,000 to organize a student-run symposium on genocide in Darfur. The event featured Darfur experts from the White House and the United Nations. After graduating, Corrigan spent nearly two years teaching secondary school in Uganda through the Holy Cross Missions.

Corrigan earned a master's degree in public policy at Harvard University's Kennedy School of Government, where he studied how parliamentary bodies can use legislation and oversight to contribute to peacebuilding. As a student, he interned in the office of then White House Chief of Staff Rahm Emanuel.

Patrick earned a J.D. from the New York University School of Law, and after graduation spent two years as an Associate at Sullivan & Cromwell LLP in New York. He currently serves as a Wagner Fellow in Law & Business at New York University Pollack Center for Law and Business.