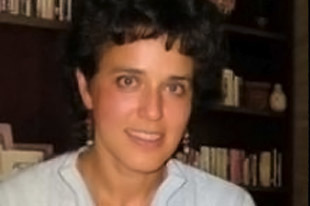 Monica Hurtado is Assistant Professor at the Universidad de La Sabana, Bogota, Colombia. She researches human trafficking and the exploitation of children.

"The trafficking of people, which corresponds to modern slavery, is one of the most prosperous businesses in the world," Monica said. "Unfortunately, the problem of human trafficking is often not considered a priority."

Monica compiled statistics on victims of human trafficking and prosecutions, obtaining information from police officers, members of other security agencies, the courts, the General Attorney's Office, and international and national non-government organizations.

"My work shows that both the armed conflict and drug trafficking have helped to increase the number of trafficking victims," Monica said. "These activities go hand-in-hand with sexual exploitation and forced labor."

In 2017, Monica, along with Ángela Iranzo Dosdadb and Sergio Gómez Hernández, published an article in the journal, Third World Quarterly, that further examined the links between human trafficking and child recruitment in armed conflicts, drawing on a study of child soldiers in Colombia.

"...The relationship between child recruitment and human trafficking has been notably absent from peacebuilding agendas, but that the Colombian case highlights a need to explore this relationship if we are to guarantee justice to children who have been involved in the Colombian armed conflict," the article states. "Although the legal language attempts to establish clear boundaries between child recruitment and trafficking, this article’s analysis of 132 records of child soldiers between 2008 and 2016 in Colombia reveals that these two categories often overlap in terms of the recruitment, transfer and/or exploitation to which the children involved have been subjected."