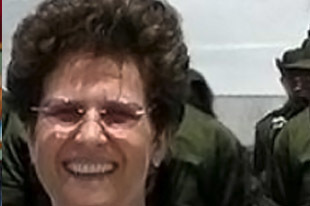 For the past two decades, Jill Sternberg has been working with the people of Timor-Leste to build and support the country's young democracy. Also known as East Timor, the country became the first new sovereign state of the 21st century, after a U.N. referendum pressured Indonesia to relinquish control of the territory in 1999.

Jill currently works for the HAK Association, a human rights group dedicated to strengthening Timor-Leste's adherence to human rights commitments and justice for crimes against humanity. She was a U.N. accredited observer for Timor-Leste's 1999 vote for independence, and she has observed every election there since.

She also collaborated with Nobel Peace Laureate and Timor-Leste President Jos Ramos-Horta to develop the Peace and Democracy Foundation, a peace center focused on conflict transformation.

"At the Kroc Institute, I learned to listen to people's experiences and struggles when formulating strategies for peace work," Jill says. "This helps me to design programs based on information gathered directly from people engaged in conflict. Almost every day, I know I have done something concrete to advance human rights and the rule of law in Timor-Leste."