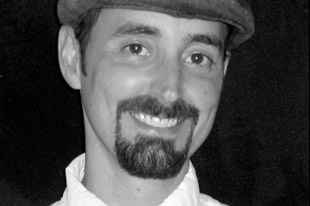 Ellis Jones is the author of The Better World Handbook, a guide for people who want to make a positive difference in the world. He also has written The Better World Shopping Guide, now in its 6th edition, which offers a comprehensive A to F rating system that distills companies' social and environmental track records over the past 30 years in order to assist ethical consumers to make more informed choices in the marketplace. There is now also a free smartphone app available for Android and iOS devices called "Better World Shopper."

Ellis was inspired to write the Better World books after attending Earth Day celebrations in 1990. "I saw the environmental movement engaging people in the context of their daily lives, rather than asking them to take time out of their daily lives," he said. "They were successfully doing something other movements hadn't done. I tried to take a similar approach to writing the books, which help people become better global citizens rather than convert them to activists."

After completing his master's degree in peace studies at the Kroc Institute, Ellis joined the Peace Corps, serving in Panama for two years. He later earned his Ph.D. in sociology at the University of Colorado, Boulder. He currently teaches sociology at College of the Holy Cross, Worcester, Massachusetts.

Many of his classes have transformed collaborative student research into smartphone apps for the public. "Social Theory" profiles 44 sociological theorists and their works for undergraduates and graduates studying sociology. "Eco Report Card" catalogs the sustainability profiles of 180 companies based on a synthesis of their grades across five international social and environmental rating systems. "Voter Glass" turns Poltifact's non-partisan fact-checking data into A to F "honesty report cards" for United States politicians speaking to the general public. All of the apps are available for both Android and iOS devices.

"What has especially stuck with me from the Kroc Institute was one of our 'Peace and World Order' classes," Ellis said. "We spent three hours brainstorming what a better world would look like. The question resonated with me so much that it's been the driving force behind my work ever since."