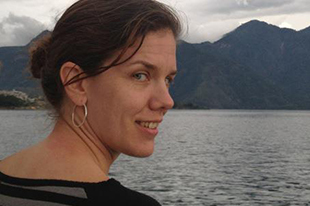 Anna Walther is a labor and plaintiffs' attorney at Martinez, Aguilasocho & Lynch, APLC, in Bakersfield, California, where she advocates for the rights of farmworkers.

From September 2016-July 2017, Anna served as the Special Assistant to the Ombudsperson for Disability Rights as a Fulbright-Clinton Fellow. Her work focused on providing people with disabilities in Guatemala with protection of and access to human rights.

Prior to beginning work with her current firm, Anna also served as an attorney in the Human Rights Office of the Archbishop of Guatemala.

In her position, she assessed how human rights law applied to local cases, including violent events from Guatemala's 30-year armed conflict and inhumane treatment of transgender prisoners and people with mental disabilities.

A graduate of Loyola Marymount University's Loyola Law School, she received a Loyola Public Interest Fellowship that funded work in Guatemala City from 2011-13.

Anna coordinated a joint project with Disability Rights International, advocating for the rights of patients in Guatemala's only national mental health hospital, the Federico Mora Hospital in Guatemala City. A 2012 inspection of the facility revealed widespread abuse of children and adults, women subjected to sexual violence, and denial of basic medical care.

"Visiting the hospital to document abuses, interview people and monitor the situation was the most difficult part of my job," Anna says. "The conditions are so extreme that it is draining, shocking, and disturbing to visit."

Advocacy by the two groups led an international commission on human rights – the Inter-American Commission on Human Rights – to grant precautionary measures urging the Guatemalan government to take steps to protect patients and relocate them to community-based facilities.

"Thanks to my peace studies education, I'm able to look at conflict situations from more than a purely legal perspective," Anna says. "My time at Kroc provided me with important negotiation and mediation tools, and a grasp of the importance of dialogue across ideological and political divides."

As a Kroc master's student, Anna interned at the Women's International League for Peace and Freedom in New York, a group that advocates for disarmament, women's rights, racial and economic justice, and an end to all forms of violence.