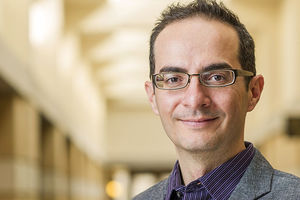 Associate Professor Ernesto Verdeja believes that we have a fundamental obligation to confront injustice in the world.

It’s a passion he shares with his students from the Kroc Institute for International Peace Studies and the Department of Political Science, where he teaches courses on some of the most severe challenges facing countries today — including peacebuilding, human rights violations, and genocide.

“I have found it quite inspiring to speak with students — who often want to know what they can do and then take the lead in their own communities, on campus, or in other places,” Verdeja said.

“As a professor, I can’t pay it back to the people who taught me, but I can pay it forward. And it’s very exciting to see young people taking the next steps and thinking so creatively about questions I’ve been struggling with for a long time.”

For his work in the classroom, Verdeja has been selected to receive the 2018 Sheedy Excellence in Teaching Award — the highest teaching honor in the College of Arts and Letters — which will be presented at a reception in his honor on May 7 at 3:30 p.m. in the McKenna Hall auditorium.

“Notre Dame is fortunate to have someone of Professor Verdeja’s commitment and moral compass to count among our professorial colleagues. There is no doubt that our students and University are more grounded in Notre Dame’s mission to do good in the world because of him.” 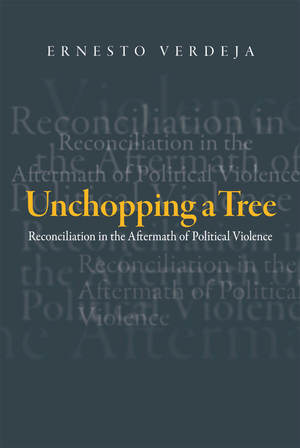 Verdeja became interested in issues of politics and of violence very early on. Born in the U.S., he lived in Argentina while growing up, directly after the country’s transition from military rule to democracy.

“There was still instability in the country, and there were also claims for justice and accountability, but also claims for reconciliation, for peacebuilding, and for coming together,” he said. “I became very interested in those questions.”

Verdeja also lived in Venezuela, where his interests in politics, peace, and conflict continued to develop. He began researching reconciliation while pursuing his Ph.D. in political science at the New School for Social Research. After joining Notre Dame’s faculty in 2008, he published his first book, Unchopping a Tree: Reconciliation in the Aftermath of Political Violence, in 2009.

Over time, his focus has shifted from researching reconciliation and reparations to his current projects examining the causes of violence and how it might be prevented.

Bringing that research into the classroom invigorates the conversation, he said.

“Students want to know the kind of work you do,” he said. “And being involved in research allows you to bring these cutting-edge issues into the room, rather than relying on something a little older. I see a very strong connection between my teaching and my research.”

Notre Dame students, he said, are particularly motivated and interested in these issues — and often come in with a sophisticated understanding of the world.

“They already have a sense of what’s going on, and they want to better understand how to respond to violence and how to advance peace and justice,” Verdeja said. “I think it’s particularly important to help them become informed citizens so they have an understanding of what their responsibilities are toward others.”

That guidance has proven invaluable for his students, including nearly a dozen who wrote to recommend him for the Sheedy Award.

“The key to his success as an exceptional educator is his ability to make students comfortable both in his classroom and in who they are,” wrote one undergraduate.

“His students leave not only with a passion for the subject taught, but also with the confidence to use the lessons he instilled to be better people.” 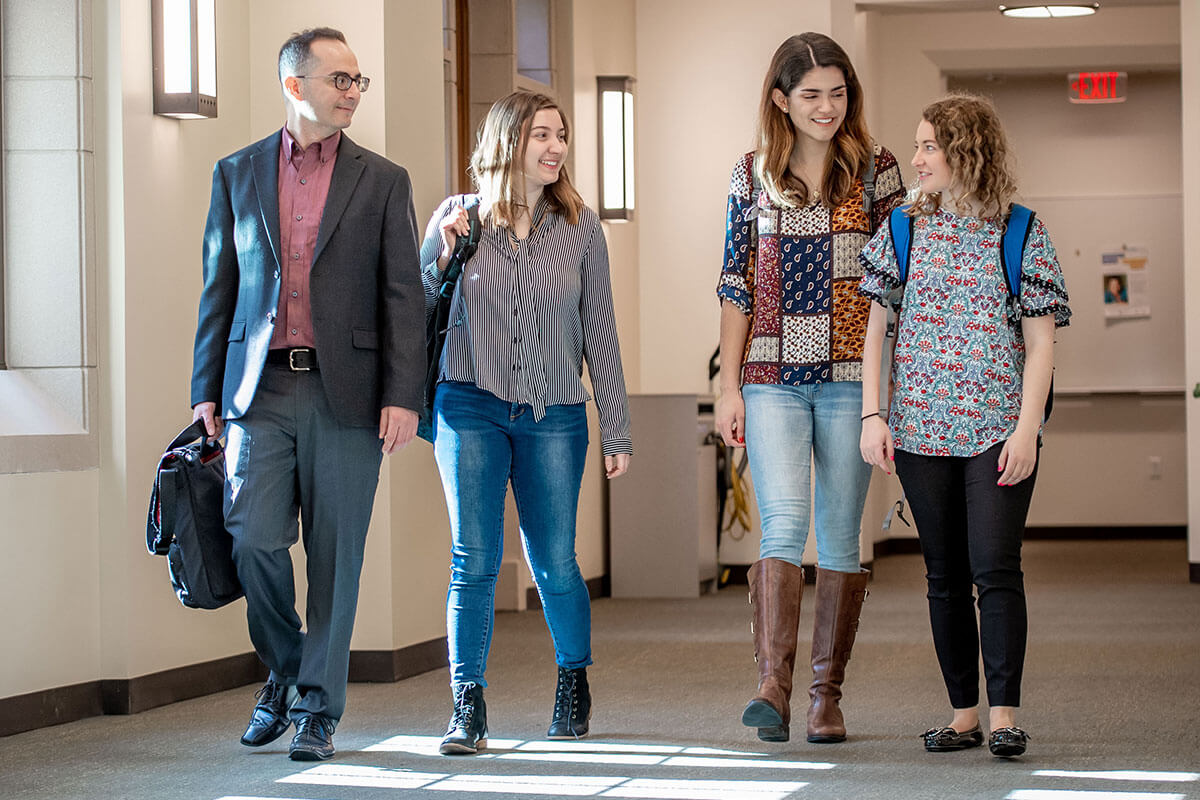 As director of the undergraduate program in peace studies, Verdeja has helped to revamp its curriculum and build a strong esprit de corps among its students, said Asher Kaufman, the John M. Regan Jr. Director of the Kroc Institute and a professor of history and peace studies.

“Ernesto is a superb teacher and mentor for undergraduate and graduate students,” Kaufman said. “He is also a leader in undergraduate education and a true role model for students at all levels. He deserves the highest recognition of the College for his excellent teaching, mentorship, and leadership.”

His current and former students agreed — praising the breadth and depth of his knowledge, his compelling and engaging teaching, his dedication to his students, and his sense of humor and passion in their recommendations. 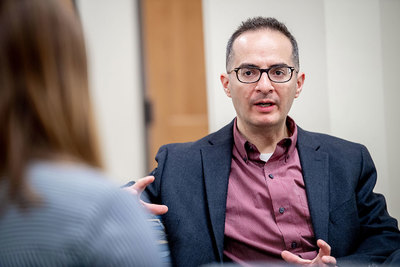 “Professor Verdeja is genuinely committed to the growth of each of his students, and this makes his teaching truly extraordinary,” wrote another student. “He encourages active participation, attentively listens to each student’s questions and contributions, and always engages in thoughtful dialogue with them.”

Verdeja, also a faculty fellow at the Kellogg Institute for International Studies and the Nanovic Institute for European Studies and a faculty affiliate at the Klau Center for Civil and Human Rights, appreciates the opportunities Notre Dame has given him to explore questions outside of disciplinary boundaries.

“Being in an interdisciplinary environment like this is a very special experience — there’s really no other place like it,” he said. “It causes you to think in a very broad way and to engage with theories, arguments, and practices that are outside your comfort zone because you have to answer to people who have come from a very different perspective and have a lot to contribute.”

He is also grateful that Notre Dame places tremendous value on teaching, as well as research — something that makes the Sheedy Award all the more meaningful for him.

“I am deeply honored and humbled to receive the Sheedy Award,” he said.

“As scholars, teaching is the biggest impact we can have, and it’s so gratifying to see that impact as our students graduate and go on to do great things in the world.”