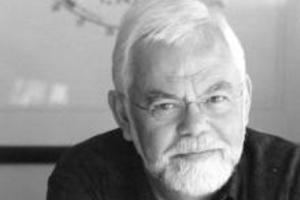 Since its founding 10 years ago, the International Criminal Court (ICC) has indicted only Africans, some under questionable circumstances. The ICC Review Conference that met in Kampala in June 2010 did not adequately address African questions, which now have reached a new level of intensity.

Charles Villa-Vicencio, a visiting professor in the Conflict Resolution Program at Georgetown University and senior research fellow at the Institute for Justice and Reconciliation in Cape Town, South Africa, will discuss concerns about the ICC in Africa at the annual John Howard Yoder Dialogues on Nonviolence, Religion and Peace at the University of Notre Dame.

Sponsored by Notre Dame’s Kroc Institute for International Peace Studies, the talk “The International Criminal Court in Africa: Judicial Imperialism or Legal Complementarity?” will take place at 11 a.m. on September 16 (Thursday) in the Hesburgh Center for International Studies auditorium.

Villa-Vicencio works largely in the area of transitional justice and social transformation in Africa. He has worked in Rwanda, Burundi, the Democratic Republic of the Congo, Sudan, Mozambique, and Zimbabwe. He also has consulted on political conflict in the Spanish Basque country, Sri Lanka, Peru, and Colombia. He previously served as the National Research Director in the South African Truth and Reconciliation Commission and as Professor of Religion and Society at the University of Cape Town.

The Yoder Dialogues are named in honor of John Howard Yoder, a professor of theology at Notre Dame from 1968 until his death in 1997. Yoder’s teaching and scholarship profoundly influenced theological discussions about war, social justice, and the relationship between church and state. He was a founding fellow of the Kroc Institute, where he initiated courses on war, law and ethics, and nonviolence. His books include The Priestly Kingdom, What Would You Do?, and The Politics of Jesus.