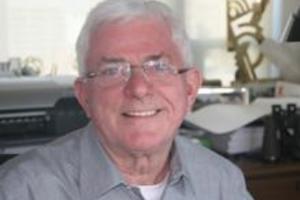 Television talk show host and University of Notre Dame graduate Phil Donahue will screen his first film, “Body of War,” at the Browning Cinema of the University’s DeBartolo Performing Arts Center at 7 and 10 p.m. Dec. 7 (Friday).

Directed and produced by Donahue and award-winning director and cinematographer Ellen Spiro, the film tells the story of Tomas Young, an American soldier who was severely wounded in the first week of the Iraq war. The very personal account is interspersed with footage of the Congressional debate that led up to the war.

The film has been called “unbearably moving” by Time magazine and “riveting” by Fox News.

Donahue will be present between the screenings to meet the audience and answer questions.

Described as the “father of the modern television talk show,” Donahue hosted the nationally syndicated “Phil Donahue Show” from 1974 to 1996. Spiro is a prolific documentary filmmaker who is a film professor at the University of Texas.

Donahue’s appearance will be his second visit to his alma mater in recent months.

“I attended my 50th Notre Dame reunion in June as a proud member of the class of 1957,” he said. “After half a century, the Notre Dame legacy is more vivid to me than ever. The older I get, the brighter the spirit lives within me.”

Donahue said he wanted to show the film at Notre Dame before it was released to theaters in 2008.

“I recently offered a private screening of our film to Bob Graham (a two-term governor and a retired three-term senator of Florida),” Donahue said. “When the movie ended, he said, ‘This film should be shown at every college and university in this country.’  So I thought, what better way to start than at my own alma mater?”

Donahue said there is a connection between the values he learned at Notre Dame and the issues the film addresses.

“The tenets of my faith, shaped here in theology class and on winter nights as I knelt at the Grotto, find expression in my film,” he said. “They are most visible in the character of Tomas Young as he copes with a new life in a wheelchair. His body can no longer rise, but his voice can. As he speaks above the noise of the war drums, it becomes clear what his voice – and ours – can do.”

This event is sponsored by Notre Dame’s Kroc Institute for International Peace Studies and the DeBartolo Center.

The presentation is a free but ticketed event. Call (574) 631-2800 to reserve tickets. More information about the film is available online at kroc.nd.edu/events.