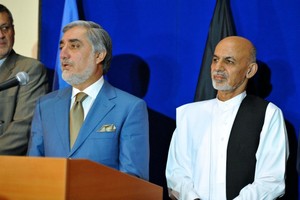 Most negotiated peace settlements since the 1990s have featured some aspect of power sharing, including those in Northern Ireland, Burundi, Bosnia, and Nepal. The report examines "the long-term performance of power sharing as an approach to ending intra-state armed conflicts." The report argues that providing space for continued negotiations after a peace agreement is concluded is crucial to insuring the sustainability and success of power-sharing arrangements.

The USIP description of the report states, "However, by freezing a sometimes unstable status quo, power sharing can create challenges to maintaining peace over the longer term as issues arise that rekindle enmity or create new suspicions among the parties. This report argues that power-sharing arrangements can be made more durable by providing robust forums, either permanent or ad hoc, that allow parties to resolve differences as they arise and to reaffirm their commitment to peace."