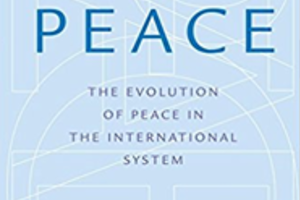 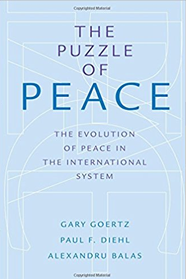 A new book, “The Puzzle of Peace” by Gary Goertz, Paul F. Diehl, and Alexandru Balas moves beyond defining peace as the absence of war and develops a broader conceptualization and explanation for the increasing peacefulness of the international system.

Goertz, Diehl and Balas track the rise of peace as a new phenomenon in international history starting after 1945. International peace has increased because international society has developed a set of norms dealing with territorial conflict, which was by far the greatest source of international war over previous centuries.

These new norms prohibit the use of military force in resolving territorial disputes and acquiring territory, thereby promoting border stability. This includes the prohibition of the acquisition of territory by military means as well as attempts by secessionist groups to form states through military force. International norms for managing international conflict have been accompanied by increased mediation and adjudication as means of managing existing territorial conflicts.