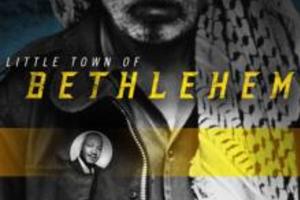 The Kroc Institute will screen the documentary film “Little Town of Bethlehem” at 7 p.m., Sept. 28 (Tuesday), in the Hesburgh Center auditorium. Asher Kaufman, associate professor of history and peace studies, will introduce the film and facilitate discussion afterward. The screening is free and open to the public.

The film follows three men of different faiths and their lives in Israel and Palestine, exploring each man’s choice of nonviolent action in a culture of overwhelming violence. Sami’s story begins as a young boy living in the Israeli-occupied West Bank.  Yonatan’s starts on an Israeli military base.  Ahmad’s begins in a Palestinian refugee camp.

The men’s stories are woven through the major events of the Israeli-Palestinian conflict, starting with the 1972 massacre at the Munich Olympics and following through the first Intifada, suicide bombings in Israel, the Oslo Accords, the assassination of Yitzhak Rabin, and the second Intifada. Sami, Yonatan, and Ahmad each describe the events from their unique perspectives, interjecting personal reflections and explaining how these events led them to become involved in the nonviolence movement.