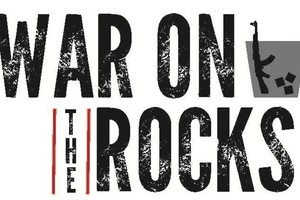 George A. Lopez, the Rev. Theodore M. Hesburgh, C.S.C., Professor Emeritus of Peace studies, and Frank Aum, senior expert on North Korea at the U.S. Institute of Peace, write on strategies for U.S. diplomacy with North Korea in War on the Rocks:

Rather than passively awaiting a provocation as a fait accompli, U.S. and South Korean policymakers should work together proactively to preempt this scenario. The Biden administration, in coordination with Seoul, should mount a peace offensive of conciliatory initiatives undergirded by strong deterrence to promote de-escalation and achieve a new dialogue with Pyongyang. This strategy, introduced by social psychologist Charles Osgood in the 1960s as graduated reciprocation in tension reduction (GRIT), would maintain denuclearization as a long-term U.S. goal, but does not require it as an immediate concession for U.S. accommodation. Rather, the strategy moves U.S. conciliatory actions up front to facilitate the reciprocal confidence-building measures necessary for building a new security relationship with North Korea, which is a prerequisite for attaining the denuclearization goal. However, the Biden team needs to move quickly, since Pyongyang will likely be hardening its own hawkish policy direction at the upcoming Korean Workers’ Party Congress in January 2021.