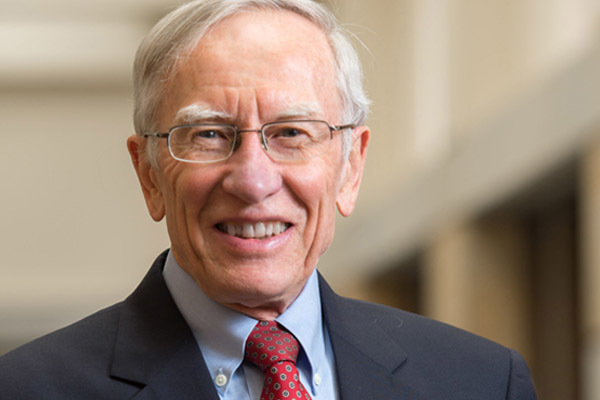 Robert C. Johansen (Ph.D. Columbia, 1968) specializes in issues of peacebuilding, global governance, human security, the role of international norms and institutions in the prevention of war and gross violations of human rights, the United Nations, international ethics, and peace studies. He is a founding (since 1986) faculty member of the Kroc Institute and for many years was director of doctoral studies. He has held visiting appointments at Princeton and Harvard.

His major publications include The National Interest and the Human Interest: An Analysis of U.S. Foreign Policy (Princeton, 1980), A United Nations Emergency Peace Service, Toward an Alternative Security System: Moving Beyond the Balance of Power in the Search for World Security, and he co-edited The Constitutional Foundations of World Peace. His scholarly articles have appeared in The Journal of Peace Research, World Policy Journal, World Politics, Global Governance, Third World Quarterly, Human Rights Quarterly, International Studies Review, and Review of Politics. More popular articles on public policy have appeared in The Atlantic, Harper's, The New York Times, Christian Century, and other periodicals. He is the founding editor-in-chief of World Policy Journal.

Johansen currently conducts research on enforcing international laws prohibiting genocide, war crimes, crimes against humanity, and crimes against the peace. He also is exploring how to be a responsible global citizen when faced with international violence, extreme poverty, denial of human rights, and environmental disasters that are not being addressed effectively by most governments and major corporations.