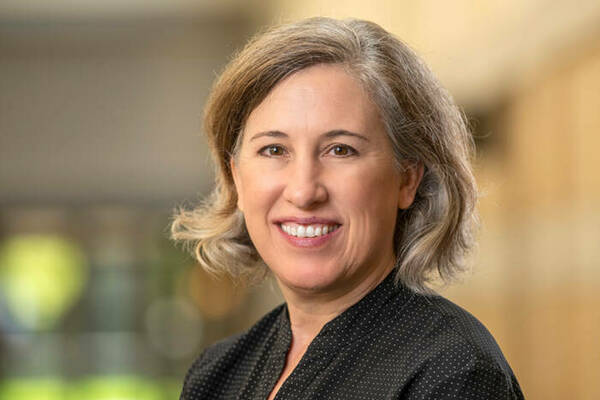 Schirch has 30 years of experience in peacebuilding research, policy advocacy, practice, and teaching. A political scientist by training, she earned her Ph.D. in 1989 from George Mason University's Carter Center for Peace and Conflict Resolution.

Her current research focuses on the positive roles of technology in "peacetech" and "digital peacebuilding." She also holds the title of Senior Research Fellow with the Toda Peace Institute, where she coordinates with civil society and technology companies to experiment and innovate new technologies that can scale social cohesion.

As a researcher, Schirch brings a 30-year record of field research and publication. A former Fulbright Fellow in East and West Africa, Schirch is the author of eleven books emphasizing local civil society agency and capacity, including Strategic Peacebuilding (2005), Ritual and Symbol in Peacebuilding (2006), Dialogue on Difficult Subjects (2007), Conflict Assessment and Peacebuilding Planning: Toward a Participatory Approach to Human Security (2014), The Ecology of Violent Extremism (2018),  Synergizing Nonviolent Action & Peacebuilding (2018) and Social Media Impacts on Conflict and Democracy: The Tech-tonic Shift (2021). Her publications have been translated into German, French, Spanish, Arabic, Thai, and Japanese.

As a policy advisor, Schirch built the first peacebuilding policy initiative in Washington, DC, as the Founding Director of the Alliance for Peacebuilding's Policy Program from 2006-2015. Schirch brought delegations of peacebuilding practitioners from Afghanistan, Iraq, and other countries to Congress and trained over 1000 US Foreign Service Officers and military officers on civil society peacebuilding and the relevance of the Geneva Conventions to civil-military relations in Iraq and Afghanistan. With funding from the Rockefeller Brothers Fund, she co-led a three-year global research process documenting civil society innovations in relating to security forces resulting in two publications: a Handbook on Human Security (2016) and Local Ownership in Security: Case Studies of Peacebuilding Approaches (2016).

As a practitioner, Schirch has experience in peace process design, mediation, and facilitation in over 20 countries. Beginning as a mediator for the Washington DC Courts in 1992, Schirch has facilitated intergroup dialogue in diverse settings, including between black and white city leaders in Richmond, Virginia, and between civil society leaders and the US military in Afghanistan. As a practitioner, Schirch works primarily with local peacebuilding initiatives innovating new methods of combining dialogue and social movements to transform conflict. Schirch co-facilitated the national peace process in Fiji in 2001. Her book Designing a Comprehensive Peace Process for Afghanistan describes eight mechanisms for local civil society participation in formal peace processes and how these could work in Afghanistan, based on three years of in-country research from 2009-2011. She has provided training and support to the UN Mediation Support team, drawing on her book on Synergizing Nonviolent Action & Peacebuilding on how to sequence social movement tactics and peace negotiations.

As a teacher, Schirch served as Professor of Peacebuilding at Eastern Mennonite University ‘s Center for Justice and Peacebuilding and Summer Peacebuilding Institute from 1995-2020, as both graduate and undergraduate faculty and co-founder of the PAX major in peace and development studies. Schirch has taught short courses at nearly 20 other universities and with local civil society groups.

Recognition for Schirch's research has come in various forms. Schirch served as co-chair of the U.S. State Department working group on Religious Actors, Diplomacy, and Peacebuilding from 2015-2016 and on the Dutch government's Security and Rule of Law Platform Research Review Panel from 2016-2020. Since 2015, she has served on the Geneva-based Global Community Engagement and Resilience Fund's International Panel of Experts. Schirch has presented her research as a keynote speaker at two Pentagon conferences, during Congressional hearings on national security, at UN headquarters in Geneva and New York, and in London's Whitehall, Chatham House, and Wilton Park.

Policy Brief: Transforming the Colour of US Peacebuilding: Types of Dialogue to Protect and Advance US Multiracial Democracy. Toda Peace Institute. September 2021.

Research Article: "Trauma Triggers and Narratives on Israel and Palestine." L. Schirch. Journal of Peacebuilding and Development. Volume 13, No. 3, 2018.

Chapter: “Ritual in an Age of Terror: From Trump to the Taliban.” In Coping Rituals in Fearful Times. Edited by Jeltje Gordon-Lennox. Springer 2022.