Associate Professor of the Practice; Director of the Peace Accords Matrix (PAM) 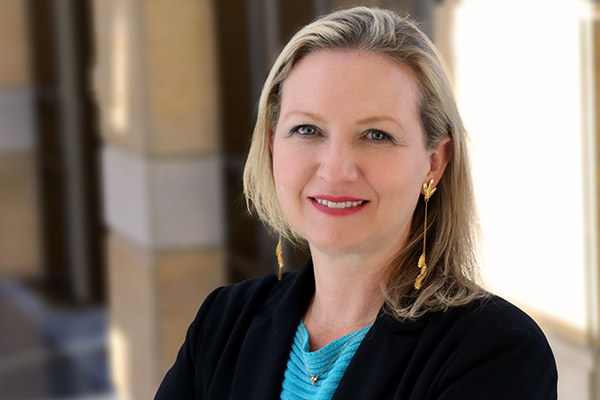 Dr. Josefina Echavarría Alvarez is an Associate Professor of the Practice and the director of the Peace Accords Matrix (PAM) program at the Kroc Institute for International Peace Studies, part of the Keough School of Global Affairs. Josefina is also a faculty fellow of the Pulte Institute for Global Development and serves as a faculty advisor for the Afghanistan Program for Peace and Development program at the University of Notre Dame.

As the director of PAM, she leads the Barometer Initiative in Colombia, which carries out official monitoring of implementation of the 2016 Final Agreement between the government and the former FARC-EP. Josefina also directs the Legacy Project for “Preserving and Engaging the Digital Archive of the Colombian Truth Commission", which guarantees continued access to more than 200,000 files including audiovisual, non-textual knowledge and digitized documents compiled by the Colombian Truth Commission about the country’s 52-year armed conflict to advance transitional justice, human rights and the centrality of victims.

She was previously co-director of the Research Center for Peace and Conflict at the University of Innsbruck and a Fellow at the University of Cambridge (United Kingdom) and Trinity College (Ireland). She has been a guest lecturer at numerous universities around the world on peacebuilding, peace education, gender, conflict analysis, and research methods. She has also managed diverse international cooperation projects in the fields of gender, citizenship, and curricular development for peace and conflict studies.