Professor of Theology and Peace Studies 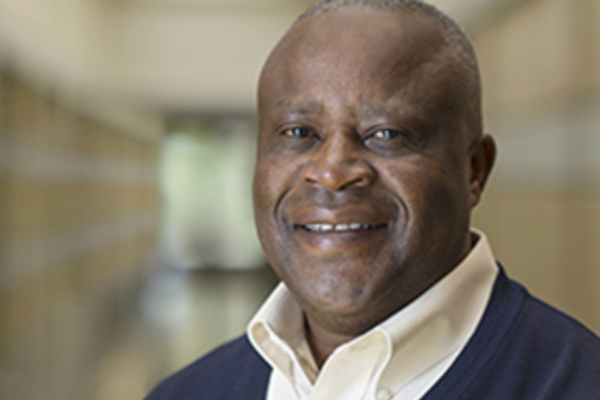 Areas of expertise: Politics and violence in Africa, the theology of reconciliation, and Catholicism in the global South.

Katongole, a Catholic priest ordained by the Archdiocese of Kampala, is a core faculty member of the Kroc Institute for International Peace Studies. He has served as associate professor of theology and world Christianity at Duke University, where he was the founding co-director of the Duke Divinity School’s Center for Reconciliation.

He is the author of books on the Christian social imagination, the crisis of faith following the genocide in Rwanda, and Christian approaches to justice, peace, and reconciliation. His most recent books are Born From Lament: On the Theology and Politics of Hope in Africa (Eerdmans, 2017) and The Journey of Reconciliation: Groaning for A New Creation in Africa (Orbis, 2017).

Katongole’s other books include The Sacrifice of Africa: A Political Theology for Africa (Eerdmans, 2010), Stories from Bethany: On the Faces of the Church in Africa (Paulines, 2012), Mirror to the Church: Resurrecting Faith after Genocide in Rwanda, (Zondervan, 2009), Reconciling All Things: A Christian Vision for Justice, Peace and Healing (co-authored with Chris Rice, Resources for Reconciliation, 2008), A Future for Africa: Critical Essays in Christian Social Imagination (University of Scranton Press, 2005), African Theology Today (University of Scranton Press, 2002), and Beyond Universal Reason: The Relation Between Religion and Ethics in the Work of Stanley Hauerwas (Notre Dame Press, 2000).