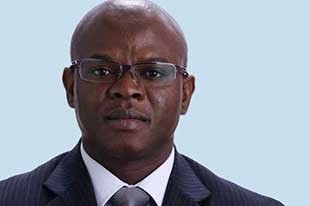 Tilla Sewe Antony is Senior Staff at the International Monetary Fund (IMF) in Washington, D.C., where he focuses on macroeconomic policies and poverty reduction in middle and low-income countries. Prior to this role, Tilla served as economic governance advisor and global NGOs coordinator at the IMF.

The IMF, which represents 187 member nations, works to promote global financial cooperation and stability, facilitate trade, encourage sustainable growth and reduce poverty. The organization was founded in 1944 at a United Nations conference as a way to avoid a reoccurrence of the "competitive devaluations" that resulted in the Great Depression of the 1930s.

"It is often said that there can be no development without peace, and no peace without development," Tilla says. "Sustainable economic growth is a major part of building peace. Twenty years ago, global financial institutions didn't think about gathering input from anyone but government officials. We know now that in developing countries, creating policy based on the community's desires minimizes the chances of policy leading to conflict."

Originally from Nairobi, Kenya, Tilla also holds a Ph.D. in public administration and a master's degree in international relations and economics from Syracuse (New York) University's Maxwell School of Citizenship and Public Affairs.

Before joining the IMF in 2007, he held positions at the World Economic Forum, the World Bank and the United Nations Development Program.