Samuel Toe is a PhD student in Politics and International Political Economy at the University of East Anglia in the United Kingdom.His research examines the 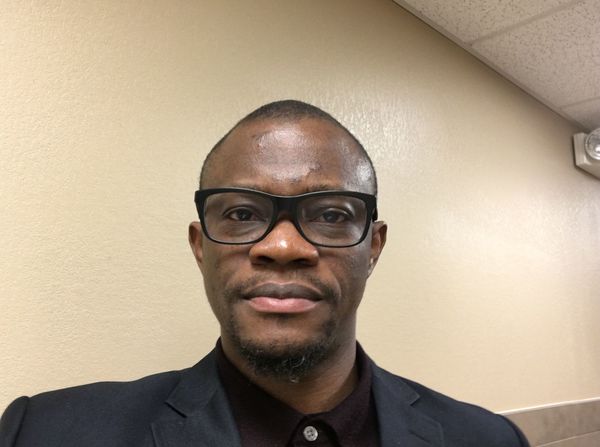 relationship between revenue extraction and state behavior, using the Liberian state as a case study.

Before pursuing further studies, Samuel served as the assistant minister of foreign affairs for the Republic of Liberia from 2012-2014. He was appointed to his post by President Ellen Johnson Sirleaf, Africa's first democratically elected female president. In this role, Samuel hired and placed Foreign Services Officers, reviewed diplomatic communications, drafted reports and speeches, and monitored political and security developments in the West African region. He also represented Liberia at the United Nations for negotiations related to peace and security, and he helped prepare Liberia's delegation for the annual UN General Assembly meeting in New York.

Samuel was young when Liberia's civil war began in 1989. During 14 years of violent conflict, he and his family were displaced across the country multiple times, he says. After the war ended in 2003, Samuel worked for Liberia's Truth and Reconciliation Commission (TRC), serving as secretary of the TRC selection panel and later as a hearings officer, organizing public hearings on human rights violations that occurred during the war.

"What pushed me into peacebuilding was the sheer victimhood of people in the stories I heard," Samuel said, "People were uprooted from their homes, women were sexually assaulted, and children were conscripted by rebel factions. I saw a deep need for reconciliation and recognized that, without it, recovery would be impossible."

After graduating from college with a degree in business administration, Samuel served as a fellow with the International Center for Transitional Justice and the Institute for Justice and Reconciliation in Cape Town, South Africa. He came to the Kroc Institute in 2007 and graduated with a master's degree in international peace studies.

In 2009, Samuel returned to Liberia to work for the UN Mission as the national coordination officer for peacebuilding. He helped develop several peacebuilding projects ranging from security sector reform to the empowerment of women and youth. He held this position for three years until he was selected to work in Liberia's Ministry for Foreign Affairs.