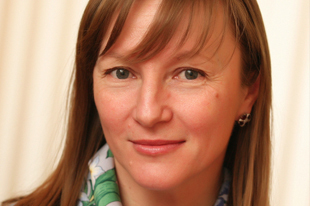 Larisa Deriglazova is a professor of world politics in the Department of World Politics History Faculty at Tomsk State University in Siberia, Russia. She teaches courses in international conflict and conflict resolution, the social policy of the European Union, and International and European policy on human rights. Larisa has also serves as head of the Master's degree program in EU Studies and as one of the heads of the Jean Monnet Center of Excellence: Focus on Youth, 2015-2018, a knowledge hub on topics pertaining to youth in the European Union in the city and the region.

From 2010-2015, Larisa was a leader of the European Union Center in Siberia, which promotes the European Union as a strategic partner with Russia through education, research, and outreach to young people, business professionals, educational institutions, and nongovernmental organizations.

Larisa is the author of Great Powers, Small Wars: Asymmetric Conflict Since 1945 (Woodrow Wilson Center Press/Johns Hopkins University Press), which surveys armed conflicts post-World War II in which one power is much stronger than the other. In 2009, she was a Fulbright-Kennan Scholar at the Woodrow Wilson Center in Washington, D.C.

Along with several international and Russian scholars, Larisa co-authored the first university peace studies textbook to be used in Russia.

Larisa began her master's degree at the Kroc Institute after completing her Ph.D. in history in Russia. Her M.A. has helped her make peace studies a more prominent course of study in her home country.

"At the Kroc Institute I received solid confirmation that peace studies is a respected academic field with a broad international community," she said. "Because of my degree, since I have returned to Russia my expertise has been very much in demand. I am regarded as a unique specialist."