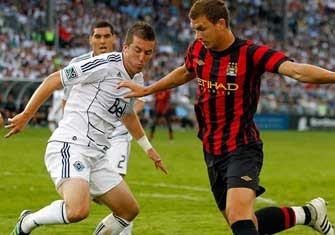 Jeb founded Peace Pandemic as a junior at the University of Notre Dame, where he majored in business management and peace studies, pursued a concentration in entrepreneurship, and played varsity soccer. While taking the peace studies course "Peacemaking in Divided Societies," taught by Kroc Institute professor John Darby, he learned about the thousands of children in war-torn countries who are forced to become soldiers.

"This touched my heart, and I wanted to react in a positive way," says Jeb, a native of Lakewood, Colorado. "I eventually realized I could use soccer as a new avenue for peace."

Through Peace Pandemic, Brovsky has has organized soccer camps in Canada, Guatemala and India and is planning another in Liberia. To generate funds, Peace Pandemic coordinates soccer tournaments across North America.

"Soccer is a boundary crosser," Jeb says. "In nearly every country, kids on the street are playing this game and they respond to this game." Peace Pandemic camps aim to get kids excited about the game, but also to teach them about resolving conflict nonviolently and being responsible members of their homes and communities, Jeb says.

Jeb became interested in peace after being exposed to violence as a child. On the day of the 1999 Columbine High School massacre, he was a fourth-grade student at the elementary school next door to the high school. Four of Jeb's neighbors, including his next-door neighbor, were killed that day.

"Trying make sense of that experience was very difficult, but it made me want to change my surroundings for the better," Jeb says. 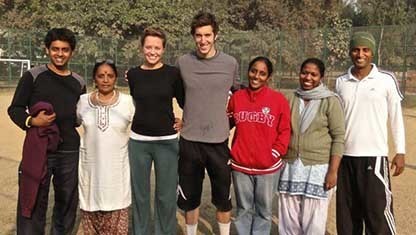 After graduating from Notre Dame, Jeb committed himself ot using his professional athlete status as a tool for social change.

"Athletes have a lot of pull in their communities," he says. "It would be foolish of me not to take advantage of that for a good reason.