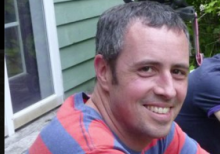 Dan has lived and worked in Cochabamba since 2007, when he was invited to start the program by Maryknoll missioners in Bolivia. The Maryknoll mission movement is a U.S.-based international Catholic movement that includes lay missioners, sisters, fathers, and brothers.

"We invite U.S. Americans to experience life in Bolivia, deepen their understanding of justice and peace, and share what they've learned," Dan says. "We focus on serving the poor and marginalized, and we also spread the Christian Gospel as Bolivians live it and teach it to us."

Dan first came to Bolivia over 20 years ago as a Maryknoll Lay Missioner, where he worked in prison ministry and with youth in the city of La Paz.

"I arrived with very little understanding of the country and its people, diverse indigenous cultures, and politics," Dan says. "People often think of Christian missioners as seeking to 'convert' others to their way of thinking, but my experience was one of being converted by Bolivians to new ways of understanding God and the world."

After working as a lay missioner in Bolivia for five years, Dan came to Notre Dame's Kroc Institute in 2001 to pursue a master's degree in international peace studies.

"I had observed a lot of social conflict through my work with political prisoners who were former guerrilla leaders," Dan says. "I learned about how Bolivians stood up to military dictatorships in the 1970s and 80s and was inspired by their commitment to the struggle for social justice. I wanted to learn more about strategies for nonviolence, with the hope it would help me become a better ally to my friends in Bolivia."

Before returning to Bolivia, he worked as a social justice minister in the Office of Campus Ministry at Seattle University, a Jesuit, Catholic university, where he directed programs engaging students in community service, peace and justice work, and international immersion trips.

"I always intended to return to Bolivia with my family," says Dan. "My wife is Bolivian, and we are raising two children here. It's a privilege to connect people from the U.S. to people – largely indigenous, economically impoverished and historically excluded – who are the protagonists of Bolivia's work for justice."