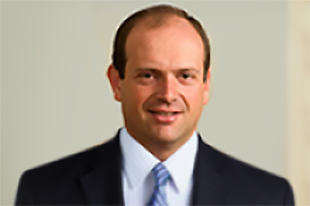 Alejandro Ferreiro is Director of Espacio Público (Public Space), an independent research center in Santiago, Chile, an organization working on public policy issues in Chile and beyond.

Prior to serving in this role, Alejandro served as president of the Chilean Council for Transparency, an independent agency charged with ensuring access to public information. He was nominated to his six-year post in 2008 by Chilean president Michelle Bachelet and was ratified by the country's Senate.

"Making sure all citizens have full access to public information helps promote democracy, participation, and honesty in the public realm," Alejandro said. "When government is accountable, we're closer to a peaceful and just society."

Born and raised in Santiago, Alejandro has spent his career largely in governmental service. He has served as Chile's Minister of the Economy, Chairman of the Securities and Insurance Commission, and General Secretary of the Presidency. As executive secretary of the National Commission for Public Ethics, he headed the legal team that prepared anti-corruption legislation.

"Public service provides endless gratification," Alejandro says. "Helping to improve the quality of life for fellow citizens is always an honor and a privilege."

Alejandro also has held a number of academic posts. He taught economic regulation at Universidad de Chile, economic law at Andrs Bello University, and probity and transparency in the School of Government at Universidad Adolfo Ibanez. In 2006, he was named a Young Global Leader by the World Economic Forum, which identifies young people who show commitment and positive results in improving the world.

Alejandro joined the Kroc Institute's Master's program as a young attorney in 1989, just as his home country was beginning its transition to democracy.

"Peacebuilding, mutual understanding, and reconciliation were crucial for the success of Chile's political process," Alejandro said. "The Kroc Institute gave me the chance to deepen my understanding of those matters."