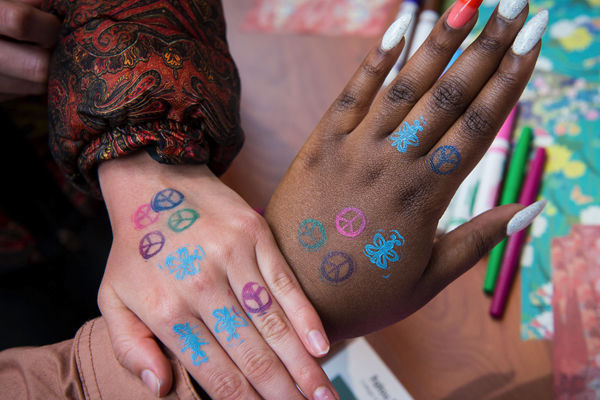 The annual Notre Dame Student Peace Conference, which takes place during the spring semester, attracts undergraduate and graduate students from across the U.S. and abroad who want to change the world and who are committed to rigorous, multi-disciplinary academic work on peacebuilding. Students present original research and showcase innovative peacebuilding practices.

This conference sought to challenge existing misperceptions of peace and peacebuilding as idealistic by highlighting the specific building blocks and strategic actions that make creating pathways to peace possible.

Participants in this conference explored the diversity of unique perspectives and experiences that each person or group brings to the process of peacebuilding and discussed how the relationships between these contributors form a unified mosaic of approaches necessary to confront modern day issues.

This conference examined longstanding challenges to peace, such as nuclear weapons, along with more recent threats such as the rise of religious fundamentalism and environmental crises.

2013 "Fusion: Where Theory and Practice Meet"

2012 "Strategies of Peace: Transforming Conflict in a Modern World"

This conference highlighted how individuals and organizations collaborate to promote peace through civil society, education of youth, empowerment of women, and partnerships.

To meet with the director of undergraduate studies, email: