Peace through Law: Reflections on Pacem in Terris from Philosophy, Law, Theology, and Political Science 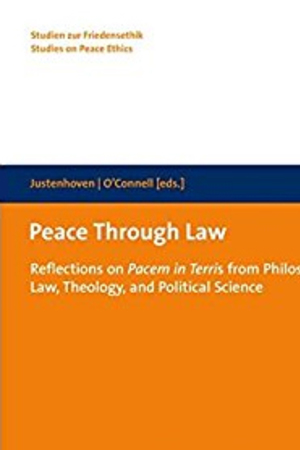 With the founding of the United Nations, the “People of the United Nations” committed themselves “to save succeeding generations from the scourge of war.” Although international law and international institutions have made progress towards achieving this goal, the world is still a long way from effectively eradicating major organized violence between or within states.

In 1963, Pope John XXIII’s peace encyclical Pacem in Terris offered a practical vision beyond the accepted international policies of his time: normative ideas for reforming the UN aimed at peaceful conflict resolution in a time of globalization. It calls for renewed commitment to the United Nations and international law. Pope John XXIII explained the role of public authorities within nation states in keeping the peace and working together for the common good. He saw the need for similar authority for the international community.