Healthy Conflict in Contemporary American Society: From Enemy to Adversary 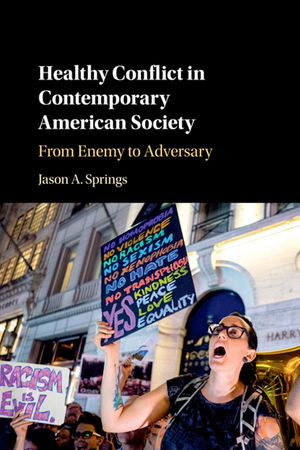 US citizens perceive their society to be one of the most diverse and religiously tolerant in the world today. Yet seemingly intractable religious intolerance and moral conflict abound throughout contemporary US public life - from abortion law battles, same-sex marriage, post-9/11 Islamophobia, public school curriculum controversies, to moral and religious dimensions of the Black Lives Matter and Occupy Wall Street movements, and Tea Party populism. Healthy Conflict in Contemporary American Society develops an approach to democratic discourse and coalition-building across deep moral and religious divisions. Drawing on conflict transformation in peace studies, recent American pragmatist thought, and models of agonistic democracy, Jason Springs argues that, in circumstances riven with conflict between strong religious identities and deep moral and political commitments, productive engagement may depend on thinking creatively about how to constructively utilize conflict and intolerance. The result is an approach oriented by the recognition of conflict as a constituent and life-giving feature of social and political relationships.