A Peaceful Superpower: The Movement Against War in Iraq 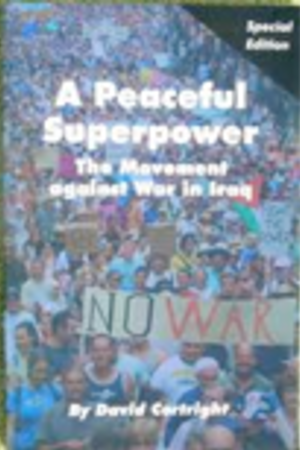 On February 15, 2003, an estimated ten million people around the world demonstrated against the war on Iraq. It was the largest single day of protest in history. This book by David Cortright (Fourth Freedom Forum, 2004) reviews how the movement developed, addressing the role of the Internet; reactions from the White House and Congress; Hollywood's involvement; contributions by communities of color, women, veterans and religious activists; and media coverage.