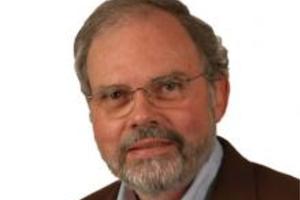 Although religion often is blamed for inciting violence in many parts of the world, faith-based organizations and people of faith can be a significant positive force for international peace, according to David Smock, vice president of the United States Institute of Peace (USIP).

Smock will address the subject at 11 a.m. Sept. 28 (Friday) at the annual John Howard Yoder Dialogues on Nonviolence, Religion and Peace at the University of Notre Dame.

Sponsored by Notre Dame’s Kroc Institute for International Peace Studies, Smock’s talk, titled “When Religion Makes Peace, Not War,” will take place in the auditorium of the Hesburgh Center. The lecture is free and open to the public and will be followed by lunch and informal dialogue.

Smock earned his doctorate in cultural anthropology from Cornell University and is an ordained minister in the United Church of Christ. The author and editor of nine books, including “Interfaith Dialogue and Peacebuilding” and “Religious Contributions to Peacemaking,” he has done extensive international fieldwork, particularly in Africa, through his work with USIP and previous positions with the Ford Foundation.

The Yoder Dialogues are named in honor of John Howard Yoder, a professor of theology at Notre Dame from 1968 until his death in 1997. Yoder’s teaching and scholarship profoundly influenced theological discussions about war, social justice and the relationship between church and state. He was a founding fellow of the Kroc Institute, where he initiated courses on war, law and ethics and non-violence. His books include “The Priestly Kingdom,” “What Would You Do?” and “The Politics of Jesus.”