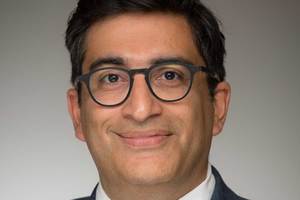 Notre Dame Researchers studied Colombia’s national referendum vote and initial rejection of a peace agreement to understand the influence of polarization and public sentiment. They also looked at how social media could be used to better evaluate public opinion and how it might be leveraged to impact election outcomes.

“Our research utilized a model that analyzed a number of factors including the daily volume of tweets, the variability of hashtags used, the popularity of tweets via shares or retweets, the prominence or number of followers of the users who tweeted, and more,” said Nitesh Chawla, Frank M. Freimann Professor of Computer Science and Engineering, director of the Interdisciplinary Center for Network Science & Applications (iCeNSA), fellow with the Kroc Institute for International Peace Studies, and lead on the study. “The goal was to gain insight into the sentiment or emotions of the public as well as the division between the two sides to see how those conversations may have helped indicate a rejection of the national referendum.”

Colombia’s national referendum vote and rejection of a peace agreement that would have ended a conflict that had been ongoing since the 1960s took place on Oct. 2, 2016. Both parties — the Colombian government and the Revolutionary Armed Forces of Colombia (FARC) — had already signed the agreement and professional polling organizations were predicting a successful outcome of the public’s vote.

The study, published in the journal Big Data, reviewed posts from Twitter during the three weeks between the signing of the peace agreement and the vote on the referendum. Researchers then evaluated whether the social signals from those posts or tweets could benefit the peace process and what those signals indicate in terms of intergroup polarization and public sentiment. The analysis was then compared to referendum voting data.

The research showed that although both those who were “for” and “against” the referendum were active on Twitter, the posts that were expressing sentiments against the agreement dominated political social media conversations. The “against” conversations continually had a higher volume of tweets per day, more use of hashtags that aligned with the sentiment, and were more popular and prominent in comparison to tweets supporting the peace agreement.

“The results indicated that, unsurprisingly, those for the referendum were more likely to mention peace in their tweets, while those against it were more likely to mention justice,” Chawla said. “Although the content of the two divided groups was very similar, this key difference identified the polarized opinions and showed how divided Colombians were on important points of the referendum.”

Chawla’s team also evaluated how well Twitter reflected referendum voting data and found probable insight into how undecided voters likely felt uneasy about the agreement. For example, in regions where “against” tweet volume did not exactly match the no votes from the region, the addition of “undecided” tweet volume compensated for those numbers, potentially highlighting the doubt Colombians had about the peace agreement. This was further supported by the fact that the content, demographics and activity of the undecided tweets were more closely related to no voter tweets.

“Although polling data can highlight the public’s political pulse, social media is another tool that has shown here that it can harvest signals toward how society is perceiving a certain topic,” Chawla said. “This is especially true when trying to get a sense of the public’s satisfaction or dissatisfaction in relation to an election or other current political discussions like health care reform, immigration climate change and women’s rights to name a few.”

Collaborators on the study include Aastha Nigam, computer science and engineering graduate student and affiliate of iCeNSA, Henry K. Dambanemuya, a Keough School of Global Affairs graduate student and affiliate of iCeNSA and the Kroc Institute, and Madhav Joshi, research associate professor and associate director of the Peace Accords Matrix at the Kroc Institute.

The research was partially funded by the National Science Foundation and is part of the Network Science Collaborative Technology Alliance (NS CTA) program funded by the U.S. Army Research Laboratory. The NS CTA is studying the fundamental interactions between communications, information and social/cognitive networks.

As part of a broader NS CTA research effort, Chawla’s group is collaborating tightly with researchers at the Army Research Laboratory, Rensselaer Polytechnic Institute, Northwestern, and Carnegie Mellon University to understand how to harvest social signals in these multi-genre networks to detect threatening emergent phenomena.

The insights learned about the Colombian peace process have helped this larger group understand the triggers in complex networks that can predict conflict and how to influence networks to abate the effects of these triggers.

Originally published by Brandi Klingerman at news.nd.edu on February 05, 2018.