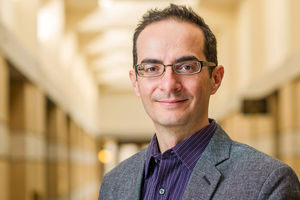 On Saturday, April 24, 2021, President Joe Biden recognized the killing and deportation of more than a million Armenians by Ottoman Empire forces during World War I as “genocide,” a term that the White House had avoided using for years.

President Joe Biden’s recognition of the Armenian genocide in the Ottoman Empire carries enormous symbolic importance. It brings a long-delayed acknowledgement of the Ottoman Turkish effort to destroy the Armenian civilian population during World War I and its aftermath. Numerous other governments, as well as the European Parliament, have named these events by their proper name—genocide—as have the United States Senate and House of Representatives. But American presidents have largely resisted using the term while in office out of concern with upsetting Turkey, a NATO partner and key ally in U.S. conflicts in the broader region. Immediate U.S. foreign policy interests have trumped recognition of this enormous historical calamity. While Holocaust remembrance has long been part of American political discourse, the historical violence against Armenians was seen as too geopolitically sensitive to address.

Although the term “genocide” was not created until the 1940s, the originator of the concept, Raphael Lemkin, was acutely aware that the treatment of Armenians was one of several prominent historical examples of genocidal violence. He saw that the state’s violence against Armenians—a combination of mass killings, death marches into the desert, and assaults on their cultural patrimony—amounted to the intentional attempt to destroy the group as such, key definitional elements of genocide. Decades of research have only underscored Lemkin’s analysis, and today this position is shared by the overwhelming majority of researchers who work on genocide and mass atrocities.

Genocide denial is, in fact, the last phase of genocide. To deny this history is to inflict an additional harm by signaling that civilian destruction does not warrant our collective attention, and that the historical record should remain in the service of immediate and narrow national interests. Biden’s statement is an important step in drawing attention to the immense catastrophe that was the Armenian genocide.