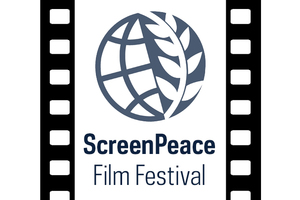 Update, February 9: Due to the snowy weather, ScreenPeace films for Friday, February 9 have been cancelled. We regret this last minute change. Film screenings for Saturday and Sunday are still scheduled to continue.

This weekend, the ScreenPeace Film Festival will explore strategic peacebuilding around the world through five free film screenings, running Feb. 9-11 at the Browning Cinema of the DeBartolo Performing Arts Center on the University of Notre Dame campus. The festival is co-sponsored by Notre Dame’s Kroc Institute for International Peace Studies and the DeBartolo Performing Arts Center.

The annual festival will showcase five recent, critically acclaimed films that present compelling models of peacebuilding in the face of injustice or violent conflict. The films and their subjects span the globe, featuring stories from Afghanistan, the Democratic Republic of Congo, France, Guatemala, Greece and Iraq, among others, and address wide-ranging themes including human displacement, migration and immigration; indigenous movements for justice; former combatants speaking out for peace; politics and peacebuilding; gender, race and movements for justice; and more.

Each film will be introduced by a Notre Dame faculty member, and two of the screenings will feature a special event to promote further conversation about the film's themes. On Feb. 10, following the film, Disturbing the Peace, which profiles the role of former combatants and soldiers in advocating for peace around the world, David Cortright, Director of Policy Studies and the Peace Accords Matrix project at the Kroc Institute, will facilitate a Skype conversation with American Friends of Combatants for Peace board member, Nizar Farsakh, and Combatants for Peace co-founder, Elik Elhanan.

All of the ScreenPeace film screenings are free of charge, but require tickets. To order tickets, call the DeBartolo Center ticket office at 574-631-2800 or purchase them online at www.performingarts.nd.edu.

The full film schedule is as follows:

The Kroc Institute for International Peace Studies is part of the Keough School of Global Affairs at the University of Notre Dame.