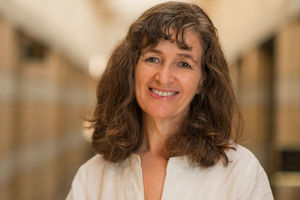 “Ruth Abbey is an accomplished administrator and an esteemed political philosopher whose scholarship engages issues central to human rights, conceptions of justice, and 21st century democratic theory. Her developing research interest in animal ethics also connects her to concerns with the environment,” said Scott Appleby, outgoing director of the Kroc Institute.

“She has written on feminist liberalism, cyber-democracy, and the public philosophy of the Catholic philosopher Charles Taylor, among other topics."