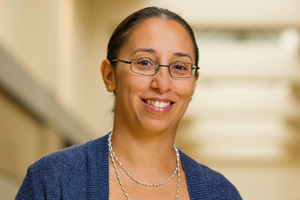 Tanisha Fazal, associate professor of political science and peace studies, has been awarded a research grant from the Harry Frank Guggenheim Foundation to investigate the human and financial costs of war. Those costs are escalating, she says, despite a reduced fatality count.

“Human fatalities on the battlefield have declined in recent years, largely because of better medical care in conflict zones,” said Fazal. “The U.S. has fewer coffins returning home but many more severely wounded soldiers, many of whom require long-term medical and psychological care.”

The costs of caring for wounded veterans are not traditionally or accurately factored into government assessments, Fazal said.

“We’re saving more lives, and that’s a good thing, but there are more costs that are hidden as a result of these improvements,” she said. “These costs need to be brought to light for government agencies and policymakers who determine when to go to war.”

Fazal plans to assess whether U.S. government agencies have accounted for this increase and examine how rising costs affect public support for military deployment.

“The U.S. is one of world’s most frequent participants in war, so it’s critical to gain a broader understanding of the conditions under which violence is used and its long-term impact on soldiers, families, the nation and the world,” she said.

Fazal is on the faculty of Notre Dame’s Kroc Institute for International Peace Studies, which is now an integral part of the new Keough School of Global Affairs.