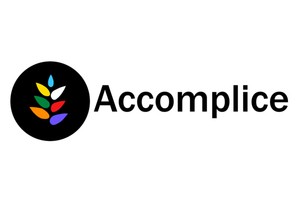 In May, Accomplice, a student-led website and multimedia hub launched in an effort to elevate decolonial scholarship, conversations, and activism related to the University of Notre Dame. The project was supported by the Mediation Program of the Kroc Institute for International Peace Studies, and led by a team of current students and recent alums.

The editorial team included Fiana Arbab, a 2021 graduate of the Master of Global Affairs program; Liam Maher, 2018 University of Notre Dame graduate; and Elizabeth Boyle, current Master of Global Affairs student. The idea for the site grew out of conversations among students about the need for  sustained conversations about decolonizing the University.

“We want to create a convening place for threads that are critical to the larger conversation not only of decolonizing Notre Dame, but also to living out decolonial methodologies,” said Arbab. “Not just asking what does this mean, but how do we actually do this work?”

Arbab, who worked as a student associate for the Mediation Program during her second year on campus, approached program director Laurie Nathan, who felt the project was a good fit with the Program’s ongoing efforts to promote social justice efforts at Notre Dame and in the South Bend community.

“In light of its professed values, the University should engage in a robust and necessarily critical reflection on the ways in which it fails to promote social justice and thereby contributes to injustice,” said Nathan. “This reflection should address both historical and current practices and should cover both the dynamics of the University and its relationship to the South Bend communities.”

In early 2021, the team launched a call for submissions for stories, essays, films, artwork and other contributions aimed at exploring Indigenous histories and ways Notre Dame can better partner with local and Indigenous communities. The result is not a traditional journal or academic publication, but an interactive website and story map allowing visitors to the site to interact with the publications in a place-focused way, inspired by the Land Back movement developed by indigenous communities and scholars.

“In designing our platform and thinking through how it functions, we were passionate about the power of archiving histories that have been historically marginalized, oppressed or visualized,” said Arbab.

The story map on the website hosts twelve different contributions, including:

“We want this project to be an opportunity for partnership, not just within campus, but across South Bend, with the Pokagan Band, and others,” said Maher. “We want this to be a portal for understanding that the impact of the University is really broad and we have to start talking about some of those effects.”