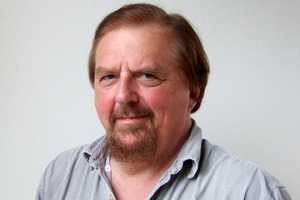 Big changes are coming in the Middle East, says Gwynne Dyer. But how big? And how bad?

Dyer, a journalist, broadcaster and historian of international affairs, will address these questions in his presentation, “After Iraq,” at 7 p.m. Oct. 6 (Monday) in the auditorium of the University of Notre Dame’s Hesburgh Center for International Studies. The event is free and open to the public.

Dyer writes a twice-weekly column on current events that is published in more than 175 newspapers in some 45 countries.

“We are entering a time when the pecking order of the great powers is starting to change, and the United States is going to lose its sole super-power status,” he writes. “Such periods have always been fraught with danger, and this one is no exception.”

Dyer received a doctoral degree in military and Middle Eastern history from the University of London. He served in three navies and held academic appointments at the Royal Military Academy Sandhurst and Oxford University. His books include “Ignorant Armies: Sliding into War with Iraq” (2003), “Future: Tense” (2005), “The Mess They Made: The Middle East After Iraq” (2007) and “After Iraq: Anarchy and Renewal in the Middle East” (2008). He has produced several award-winning television series and radio documentaries.

This event is sponsored by the Kroc Institute and the Kellogg Institute for International Studies.