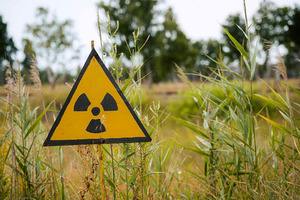 The Biden administration came into office aspiring to reduce the role of nuclear weapons in U.S. national security. President Joe Biden quickly renewed New START and committed to strategic stability talks with the Russian Federation. However, following the Russian invasion of Ukraine and President Vladimir Putin’s threats to use nuclear weapons, Biden withdrew from those talks. The quadrennial nuclear posture review has yet to appear, but in the wake of the Ukraine war, opportunities for advancing the nuclear disarmament agenda seem vastly diminished.

In this webinar, panelists explore the possible contours of the Biden administration’s Nuclear Posture Review. They will discuss the following questions:

This event is co-sponsored by the Kroc Institute with the Catholic Peacebuilding Network and the Berkley Center for Religion, Peace and World Affairs at Georgetown University.

Rev. Drew Christiansen, S.J., is Distinguished Professor of Ethics and Human Development in Georgetown’s School of Foreign Service and a senior fellow at the Berkley Center for Religion, Peace, and World Affairs. His current areas of research include nuclear disarmament, nonviolence and just peacemaking, Catholic social teaching, and ecumenical public advocacy. He is a frequent consultant to the Holy See and a member of the steering committee of the Catholic Peacebuilding Network. He also served on the Atlantic Council's Middle East Task Force and on the Holy See delegation that participated in the negotiation of the Treaty on the Prohibition of Nuclear Weapons during summer 2017.

Maryann Cusimano Love is a professor of international relations at the Catholic University of America and an expert on international security and peacebuilding. She is a member of the advisory board of the Catholic Peacebuilding Network and part of the Core Group for the U.S. Department of State's Working Group on Religion and Foreign Policy.

James McKeon is a program officer at the Nuclear Threat Initiative (NTI), where he focuses on U.S. nuclear policy and posture, U.S.-Russia arms control, U.S.-China strategic stability, and Global Enterprise work to support the Nuclear Non-Proliferation Treaty (NPT). Prior to NTI, James was a policy analyst working on nuclear issues at the Center for Arms Control and Non-Proliferation and served as political director at Council for a Livable World.