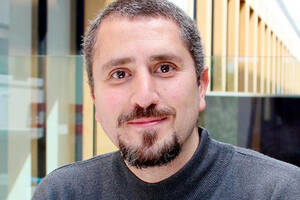 The Gaza Strip is currently home to almost two million Palestinians, making it widely regarded as one of the most densely populated areas in the world. The ongoing blockade and forced displacement of people during frequent Israeli raids, in addition to overcrowding, limited land area, and constraints on construction materials is leading some to call the Gaza Strip “the world’s largest open-air prison.”

This talk offers a visual analysis of the forced displacement of Gaza’s inhabitants, the humanitarian situation, and the movement of people between buildings where they live. This is followed by a social and physical mapping of select areas within the Gaza Strip to address the inhabited spaces that have several functions depending on timing and circumstances. For example, a school could be adapted into a shelter or a temporary hospital or a house, meant to be a shelter, may feel like a prison to many in Palestine who have the feeling of being observed most of the time.